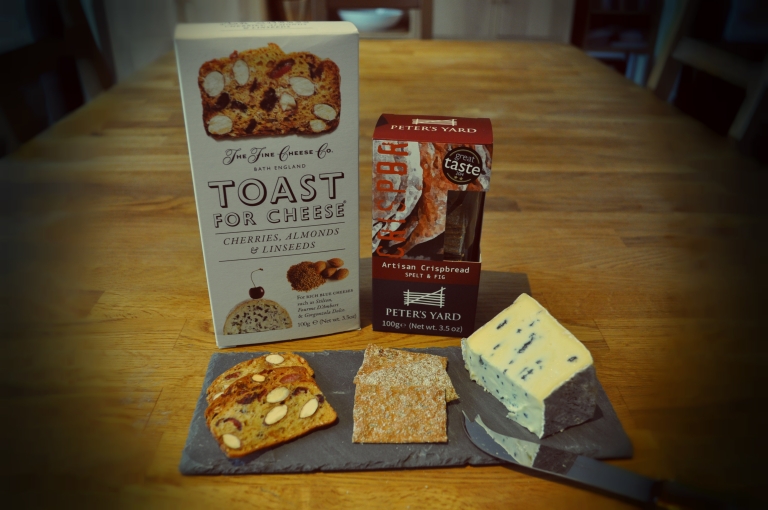 I thought for something a little different I’d write a post about my current favorite cheese serving vehicles. I use the word vehicle not to sound pretentious or clever, but merely because the first is neither biscuit nor cracker. I enjoy cheese with biscuits, crackers, bread and simply by itself but these Cherry, Almond and Linseed Toasts made by the Fine Cheese Company are probably my favorite accompaniment to cheese of any I’ve tasted so far. These perfectly thin and incredibly crisp little slices of toast are strewn with chewy, sweet yet mildly sour dried cherries as well as salty, oily nuts and seeds. This combination of crisp and chewy, sweet and salty makes them a versatile match to accompany many cheeses but in my opinion are simply fantastic with stronger, fuller flavour cheeses where the tastes shine through against the tang or saltiness of a good blue or the rich, creamy yet intense flavour of an aged mould ripened cheese like Brie de Meaux. 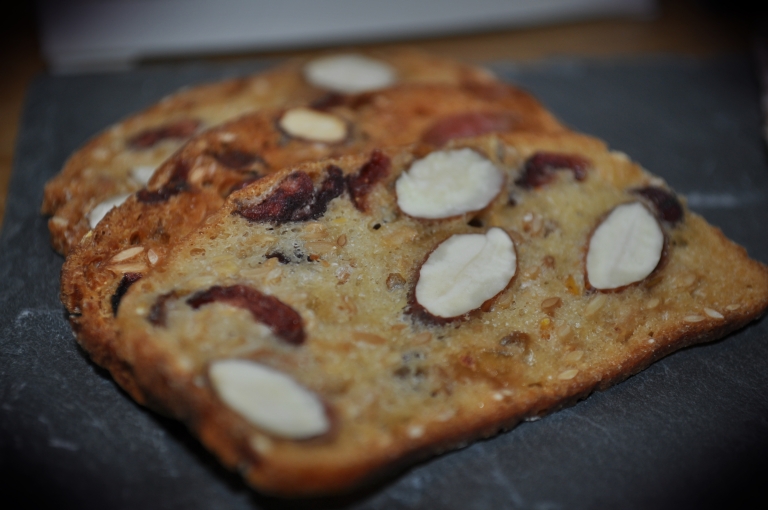 They are also incredibly moreish and fantastic eaten by themselves they even smell of cherries when you open the packet but try them next time you buy some Roquefort or a tart mature goats cheese to really experience them at their best. For those who prefer English cheese, most strong and tangy hard cheeses would also work well, like a vintage cheddar or tasty Lancashire. One of my favorite discoveries recently was having these with Charcoal Cheddar (a cheese I will doubt write about in the future after newly discovering this interesting and surprisingly good new idea).

The next is described by the producer as an artisan crispbread and is made by Peter’s Yard. They are made from a Spelt sourdough and flavoured with fig. They are incredibly light and thin, but fantastically crisp. The flavours here are much more subtle yet very fine. Just the right amount of sweetness from the fig to add interest but remain savoury tasting. This more delicate balance works with lighter, more delicate cheeses. The flavour would be overpowered by the stronger cheese mentioned above, but more than flavour, what this little cracker delivers is texture. Its hard crispness is fantastic with softer cheeses; I don’t think I’ve tasted any other cracker that felt quite so crisp as it cracked in your mouth yet melted away so easily due to its thin lightness. Again I could happily eat these by themselves but food is best enjoyed as a combined sensual experience with contrasting colours, tastes, textures and smells. which is why these work so well with a soft white goat’s cheese or soft and creamy, oozing yet gentle mould ripened cheese. 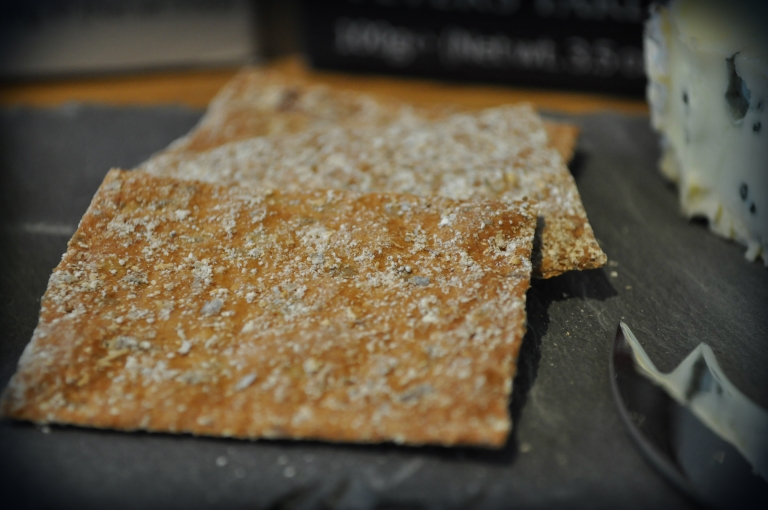 Finally I cannot finish the post without a mention of the cheese in this picture. The cheese choosen to accompany these fine products today is Montagnolo, purchased from Praze Fine Foods, a fantastic delicatessen located in the Peak District town of Glossop, offering many fine epicurean delights and artisan products from both regional and international producers. This wonderfully creamy Blue cheese from Germany could be perhaps described as a gateway drug to the world of blue cheese. I know several people who would say that they don’t like blue cheese yet would happily nibble there way through a block of this. It’s secret is its subtlety and balance. You can taste all of the components that make up a great blue cheese that people grow to love about them as they hone in on their favourite style, but this cheese delivers them without leaning too far in any one direction. It has saltiness, and tanginess, as well as creaminess and richness but all in moderation just giving you a hint of each. The texture is also fantastic, beautifully soft yet firm, not gooey.
I love cheese and I enjoy eating many stronger more flavourful cheeses but I still get excited every time I have this cheese on my board. I respect how well it’s been made, its balance and composure and its ability to satisfy all from the cheese novice to the die-hard fan. 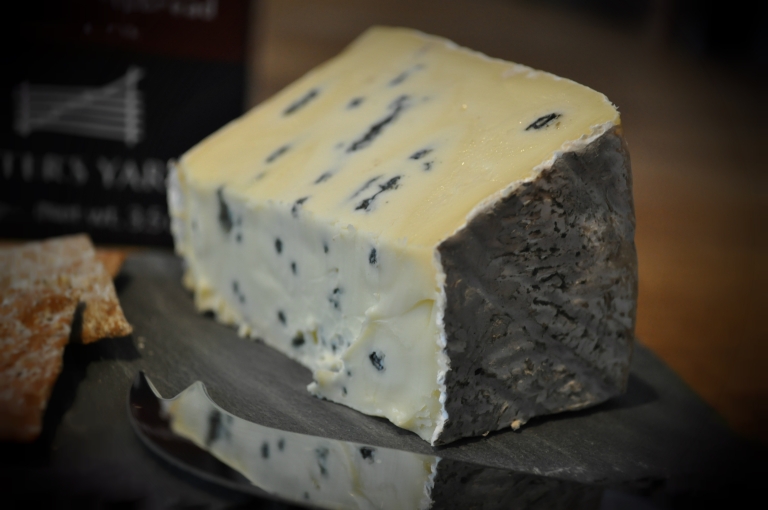 A food blog with a buzz. Born and raised in Chicago.

Got To Be Gourmet

writing on wine, food and travel

stories, pictures and cooking tales from an english woman living in rome.

Bacon on the beech